The Role of Power in Nonviolent Struggle 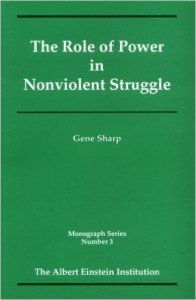 The death knell of communist rule, which has now ended in all European countries, was sounded not by nuclear weapons, nor even for the most part by the use of military force, but by civil resistance. In the last quarter of 1989, « people power » in various forms-generally nonviolent in character-played a significant part in undermining communist regimes in several central and eastern European countries;’ in 1990-91 it played a major role in the campaigns in the Baltic states to assert their independence from the Soviet Union; and in August 1991 it was a key factor in the defeat of the attempted putsch in the Soviet Union, thus contributing decisively to the undermining of communist power there as well. The events in eastern Europe and the Soviet Union in 1989-91 had remarkable similarities. There were crowds in the streets demonstrating, almost always with restraint, sometimes with wit and humor; nervous communist regimes which showed themselves incapable of rallying serious public support; attempts to create transitional regimes which failed to satisfy the public’s demand for change; and, sooner or later, either an open transfer of power, or at least a public admission that there had to be an abandonment of the existing one-party system Constitutional guarantees of the primacy of ruling communist parties were abolished.

Revolutionaries on the streets during the Romanian Revolution of 1989. (Photo: CC)

If violence was used, it was typically by the security forces, as in Prague on November 17, 1989, at Timisoara in Romania a month later, and in the Soviet Union in August 1991: such episodes generally made things worse for their perpetrators. The whole chain of events in eastern Europe and the Soviet Union could be seen as a triumph of civil resistance, validating the proposition that all government, even totalitarian government, is based on the consent and cooperation of the ruled: take that away, and the regime must collapse. Although in most of these cases the popular action was overwhelmingly nonviolent, this was not universally so. There was violence on both sides in Romania in 1989-90; in several republics of the Soviet Union since at least 1989; and in Yugoslavia in 1991, where the much-feared specter of civil war reappeared with a vengeance. Against this somber background it is difficult to assert that there is a general trend towards nonviolent means of political struggle. What can be asserted is that nonviolent methods have a greater importance than has been allowed for in many philosophies, whether of Left or of Right. 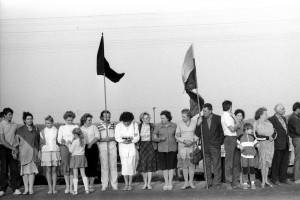 1989-08-23: Baltic Way was a human chain of approximately two million people dedicated to liberating the Baltic Republics from the USSR. (Photo: CC)

Clearly, the changes in the communist world in 1989-91 have been something more than a simple process of political change within states: they have also transformed international relations. Reports of the end of history, and claims that there is a new world order, are premature. However, the end of the Warsaw Pact, of the Soviet empire, of Soviet totalitarianism, and indeed of the Soviet Union itself, are undeniably major events. So is the unification of Germany, achieved on October 3,1990; and the advent of three former republics of the USSR (Estonia, Latvia, and Lithuania) to membership in the United Nations in September 1991. In November 1989, as the pace of change in eastern Europe was gaining momentum, Zbigniew Brzezinski was asked « Are there historical events to which you can liken this in significance? » He replied: The only thing that comes close to it is the defeat of Nazism in World War 11. That defeat was by force of arms. This defeat was by force of ideas and political resistance. 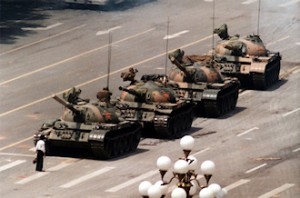 The « Tank Man » trying to block the way of tanks with his own body alone during the Tiananmen Square protests of 1989. (Photo: Jeff Widener)

The revolutions in eastern Europe and the Soviet Union have been widely, and in all respects but one quite correctly, seen as confirming rather than challenging the kinds of political values and systems familiar in the West. They were, unusually, revolutions in favor of an existing type of political system, rather than in favor of a future oriented abstraction. Among other things, they were for multiparty democratic elections, which duly took place in most eastern European countries in 1990. Timothy Garton Ash has said that the east European revolutions presented us with no fundamentally new ideas, but « offered us . . . a restatement of the value of what we already have, of old truths and tested models, of the three essentials of liberal democracy and the European Community as the one and only, real existing common European home. » Yet the view of these revolutions as a simple case of the triumph of Western over Soviet ideas is too simple. These revolutions-not so much by their ends, but rather by their means-may after all offer something worthy of more general scrutiny. As Timothy Garton Ash himself shows, they were characterized not just by a revival of the idea of civil society, but also by extensive use of civil resistance. 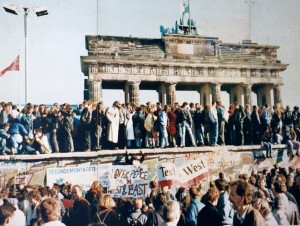 Indeed, these events call for fundamental rethinking of many long-held ideas about how political change occurs. As Steven Lukes has written: The theory of revolutionary change needs drastic attention in the face of the democratic revolutions of Eastern Europe: revolutions occurred without war between states or within them (apart from Rumania), without fanaticism or vanguards, undertaken in a self-limiting manner for goals that were limited and procedural rather than global and visionary. In general, the social scientists studying communist regimes should perhaps reflect on their collective failure to foresee even the possibility of most of what occurred. Perhaps that failure has something to do with their virtually total neglect of the moral dimension of political life.

The press and public discussion in the West of these events has not included a great deal of consideration of these cases as examples of civil resistance indicating the great political potential of the technique and its significance for international relations. Two good reasons for this deserve mention. The first reason for the low-key nature of the response to the impressive achievements of civil resistance in 1989-91 is the legacy of so-called realist doctrines. For almost two generations now, Western thinking about politics and international relations has been deeply influenced by the realist school, with its insistence that power, including the capacity for violence, is a key factor which statesmen, and indeed academic writers in the field, neglect at their peril.

This approach has been intellectually impressive and politically influential. Many governments have justified devoting huge resources to defense and deterrence by reference to one or another aspect of realist thinking. Against this background, it was always unlikely that there would be a rush to embrace civil resistance (however successful it may have been in transforming some communist societies) as the solution for all problems. A second reason is that the picture of a pure case of civil resistance leading to victory over totalitarian regimes is too simple. It ignores the circumstances in which these revolutions happened, the complexity of events as they unfolded, and in particular the subtle connections between factors of power (including military power) on the one hand, and the achievements of civil resistance on the other. The evidence is not yet all available.

If 1989 was the year of revolutions, the 1990s will be a decade of revelations about the whole period of communist rule in eastern Europe and the Soviet Union. These revelations will certainly throw light on the precise chain of events, internal and international, that led to the loss of confidence of the communist elites and the subsequent collapse of communist power.

Three main questions can at least be asked now, even if the answers may sometimes be provisional:

1. Can the changes in eastern Europe and the Soviet Union in 1989-91 be ascribed to pressures from below, including civil resistance? Or were they mainly due to changes from above that began with Gorbachev’s advent to power in 1985?

2. What were the domestic and international circumstances that enabled nonviolent struggle to take place on so wide a scale, and to be apparently effective? Why was change almost completely peaceful in some countries, and very violent in others?

3. What lessons can be learned from the events of 1989-91 about the uses of civil resistance in international politics?

Theme by minti
Back to Top
Suivez nous